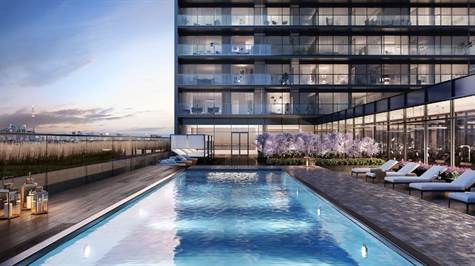 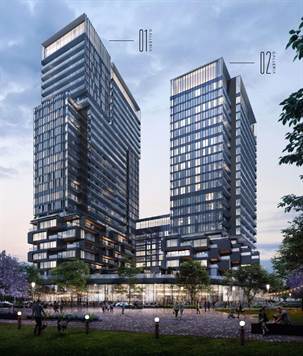 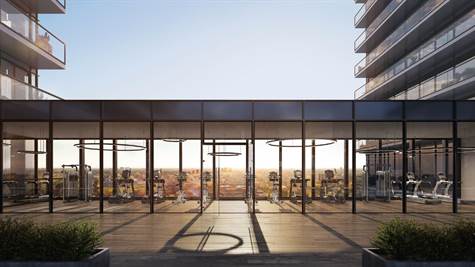 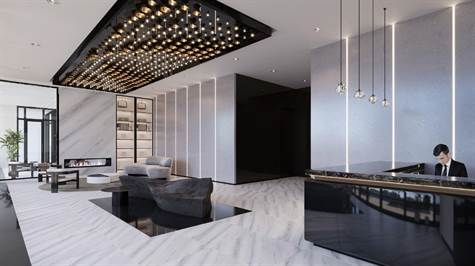 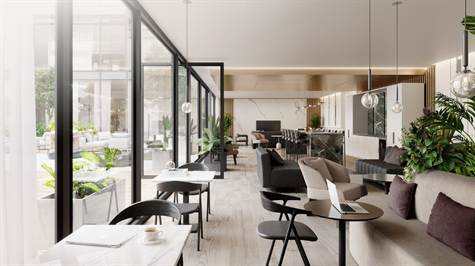 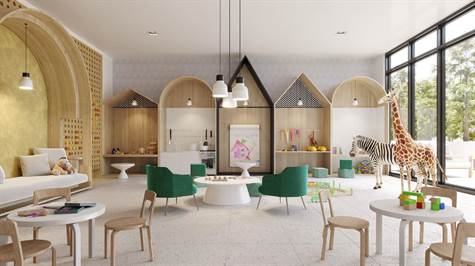 WE JUST GOT GOOD NEWS RELATED TO GALLERIA PROJECT WHICH WAS SOLD BACK TO 2019 IN A MATTER OF HOURS HAVING TREMENDOUS SUCCESS! DUE TO THE CRISIS SITUATION AND TO MAKE MARKET GO THE DEVELOPER DECIDED TO GIVE US SOME UNITS THAT WERE NOT PLANNED FOR SALE NOW AND WERE KEPT FOR SALE AT THE END OF CONSTRUCTION STAGE! EXCLUSIVELY FOR OUR CUSTOMERS, THERE IS AN OPPORTUNITY TO BUY THE UNIT AT THE LAST YEAR’S PRICES AND ABSOLUTELY UNBEATABLE DEPOSIT STRUCTURE!

--The deposit structure is only 15% until occupancy.

--On floor lockers available on some floors, limited quantities for $8,500

Located in one of the few areas of the city that’s a multi-modal transit hub with a variety of transit options, Galleria brings convenience to your doorstep. The Dufferin subway station, buses/streetcars, GO Transit and the UP Express all within reach. Now is the time to invest in this booming area !!

It’s very central. Actually Galleria Condos is located at 1245 Dupont Ave at Dupont and Dufferin in the Wallace Emerson Community. Residents of these stunning suites can explore the many shops and boutiques of Bloor West Village or The Junction, enjoy summer festivals and food in Corso Italia, Little Malta, Koreatown, or Little Portugal.

The Eastern portion of Galleria Mall is still going to be around and that's where you can access the bank, pharmacy, grocery store, and a fitness centre.

GREAT LOCATION - It’s two minutes away from not one but two subway stations and it’s near the UP express. You can also take the GO if you want. Offering a sophisticated modern design, and a range of amenities curated for perfect urban living, the first phase of Galleria on the Park pays a tribute to the industrial age glory of this neighbourhood. The buildings make a strong statement, facing Dupont on the North side and the community park on the the south side, using bold but at the same time softened design details that echo the natural beauty of the park.

Сheck Out Last News About This Project:
Livable: "Elad Canada announces the first phase of Galleria on the Park, set to transform the Galleria Mall site"

Urban Toronto: "First Phase of Galleria on the Park Revealed"

RENX: "ELAD unveils Phase I of Toronto Galleria on the Park"

The construction of the entire complex is planned to be completed by 2026. The first two towers of the project will be built in 2022-2023. Galleria Condos is a community master plan, Canada’s second largest project after East Harbor, which is under construction in the east end of Downtown Toronto. Galleria Condos will dramatically change the neighbourhood, and, in the future, this area will turn into one of the most sought-after areas in Toronto. It will be a huge complex, with a large park and fitness centre; which will be one of Toronto’s largest community centres with an area of 95,000 square feet, including an ice rink, indoor promenades, restaurants, and cafes, bank branches, a supermarket and other service enterprises will be located right there.
The complex will use the most advanced technologies, including amenities such as ordering groceries through an Internet app on the screen in the apartment, car-sharing, and the electronic use of domestic services. This will be one of the first multistorey complexes in Toronto fully built in accordance with the “smart home” technology. The choice of location is not a coincidence. Within a radius of just over a kilometre, there are two subway stations and, the project is close to the GO train station and the express train to Pearson Airport. From here, you can get to almost anywhere in downtown Toronto in less than half an hour
READ MY ARTICLE ABOUT THIS PROJECT
Phase one of the development includes a total makeover of the south side of Wallace Emerson Park. The design of the new park will be done by Public Work and they are going to make it bigger and better. It will have a multi-purpose sports field with the potential to host really awesome concerts and events. Another part of the park called the “community heart” will have a winter skating trail and a skate park so be careful when going up those ramps.
The community centre is designed by Perkins + Will. It’s a 3-storey building with a pool, a gym, a fitness centre, an indoor running track, a childcare centre, and community rooms. Yep. It is the perfect place to live.

Community Centre
The new 95,000 Sq Ft community Centre will be one of the largest in Toronto, offering indoor and outdoor options for play, and ways to rejuvenate and socialize. Along with a gym and multipurpose rooms, outdoor skating trail, daycare, swimming pools, dance studio, running track, and complete fitness facilities. This centre will also include a child care centre and playground, making it a social and healthy lifestyle hub within the community.

1. Location to Many City Neighborhoods – Galleria on the Park Condos is centrally located near some of Toronto’s most popular neighborhoods. Residents can explore the many shops and boutiques of Bloor West Village or The Junction.

2. GOOD Investment – Galleria on the Park Condos is a redevelopment of the current Galleria Mall space by ELAD Canada. ELAD Canada is a real estate company that has developed ultra-luxury projects all over the world.

3. Family Area – Families looking to make Galleria on the Park Condos their home will have access to many schools in the surrounding area. Families will also have access to many different extra-curricular activities for their children, like martial arts, dance, and rock climbing. Galleria on the Park will offer residents a newly expanded 8-acre park and a brand new 95,000 sqft community centre, which once completed will be one of the largest in Toronto.

4. Super Amenities Within Walking Distance – Living at Galleria on the Park Condos will make life a little bit easier with all the lifestyle amenities available in the surrounding area. Residents will be able to walk to grocery stores, restaurants, cafes, banks, bars and pubs, and local shops.

5. Top Transit Option– Residents of Galleria on the Park Condos will have easy access to many transit options in the area. The TTC Bloor Danforth subway line is just a 15-minute walk away and can transport riders to Union Station in just 30 minutes. There are regional bus routes that run along Dupont Street and Dufferin Street, including express and 24-hr service. The Bloor GO Station is also conveniently located nearby.

Brokered and Advertised by : Right At Home Realty Investments Group Brokerage
P2#400404783
top
Information is deemed to be correct but not guaranteed.